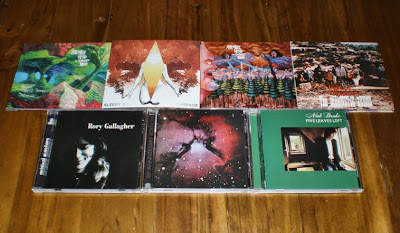 Ordered these from Amazon last week and they shipped all the way over to my Australia in just 4 or 5 nights. Finally got myself copies of both Assemble Head albums, as well as Sleepy Sun's awesome debut. Scored Rory Gallagher's eponymous debut for $6.00, as well as Edward Sharpe & the Magnetic Zero's 09' album for just under $10.00. The others were all pretty decently priced, and it's all stuff i've been meaning to snap up at one point or another. Happy with this.

Nice..! I hope ㄷxpect one day to hear it.