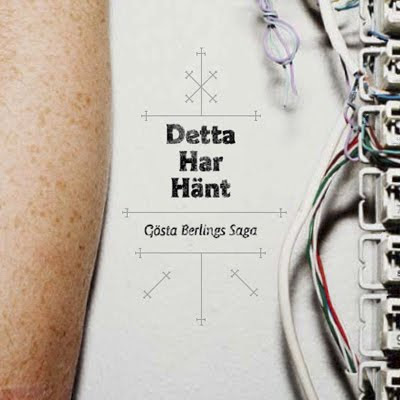 This one comes as per the request of Anonymous Dave. (how's that for a sweet title?)
Yet another well-hidden gem from the country top-filled with Progressive Rock goodness, of course I'm speaking of Sweden. Three Years after GBS' first heralded release ('Tid Är Ljud') comes this, their sophomore effort. For those who don't know GBS, their sound "ranges from full-blown epic soundscapes via dissonant darkness to minimalistic powerful grooves without compromising when it comes to the strong melodies the band is known for". Strong quote eh? Accurate too.

A slight line-up change in the space between the times, as original guitarist Mathias Danielsson left the band, replaced by Einar Baldursson. Boy can this new guy really play! He has a real Fripp-inspired (Frippsired?) style of playing, often in a rather subtle manner but also in frantic yet sophisticated displays with layers of disharmonic, dissonant escapades. On a whole, this is just classic instrumental prog, awesomely produced and with a quirky RIO/Zeuhl flavour. While their influences are traceable, their sound is still very original and inspired.

To throw a few names out there, think Magma, Gentle Giant, Crimson, as well as modern day groups like Anekdoten & Anglagard. But really this is for most anyone with an interest in challenging, instrumental progressive rock. Recommended.

Thanks - I am REALLY enjoying this one. Best new rock album I've heard in a very long time.