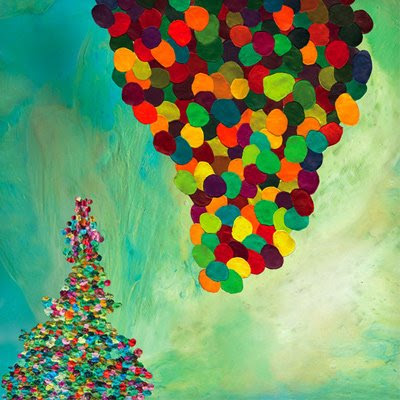 I first took an interest in these guys after discovering their self titled EP from this fantastic blog. I was immediately intrigued. They have such a unique sound to them, which might not be to everyone's taste. It's noisy, it's chaotic, but would you expect anything less knowing it's produced from Ikey Owens of The Mars Volta?

Recorded and mixed on 2” tape at San Francisco’s Closer Studios in the span of one sleepless week, 'Tentacles' is a dоcument of the Antlers’ vigorous work ethic and breathless vitality. As hinted at on last year’s EP, many of the tracks here touch on the fragility of nature and its destruction by humankind, all under a cloudburst of epic sound and energy.

Beyond the sonic expansion, the band itself has grown: original guitarist Errol Davis returned to the fold for ‘Tentacles’, bringing the personnel tally to one bass, two guitars, two drummers, and an organ. Davis will also be a part of the Antlers’ manic and massive live show, joining them on the road for the North American tour in March.

The vocals might put a few people off, but i think they help add to the totally chaotic sound they got going. Check it out if you're looking for something new!

Thanks for the shout-out and the heads-up mang, giving this a listen ASAP.

any chance of a re-up, please?

Link is dead.Is there a chance of putting it up again? :)