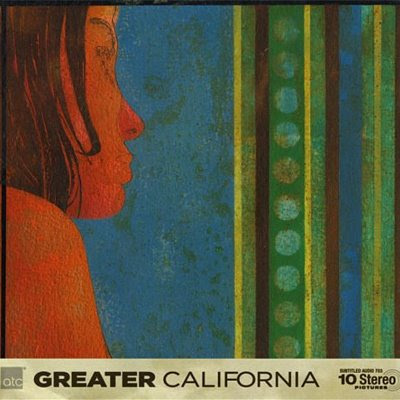 I'm back with another uncovered 2009 gem that will probably be one of my favourites come years end. Hailing from the burghs of Long Beach, the band Greater California bring us a whole new distinct sound on their third album 'All The Colors'. It's a summertime landscape likened to the works of Brian Wilson, the Zombies, Harry Nilsson, the Velvet Underground and the Byrds, full of jangly 12-string guitars, rich vocal harmonies, a big bag of percussion, vibraphones and marimbas, a stray trumpet, and the ever inviting sounds of the hammond organ and wurlitzer electric piano.

On board as Producer is none other than Ikey Owens (The Mars Volta, Crystal Antlers.) Also included is an impressive list of guest musicians, most notably percussion genius Steven Hodges of Tom Waits. The new LP is a fixation of growing up from the stories told and listened to along the way, whether through the hills and valleys seen from past road trips or under the soft lights of a coastal downtown; 'All the Colors' can certainly usher in something to smile about.