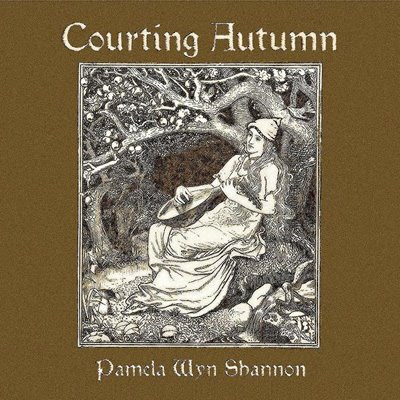 This is the first of a series of four seasonal themed records by the lovely Pamela Wyn Shannon. It's that kind of melancholic folk that breathes with the musky scent of its Irish setting and influences, among them the likes of Nick Drake and Pentangle. Massachusetts-based musician, Pamela Wyn Shannon’s inventive and intricate guitar work has been described as “a tiny chamber orchestra working in unison at the end of her hands.” She has walked with the legends of British and Irish folk music, garnering respect and admiration wherever she goes.

The songs on this album have an elliptical quality which creates its own time frame, rules, and kingdoms, reminiscent of that magic found in UK ’60s psyche-folk artifacts. She recorded it largely on her own throughout New England and has created a rustic almanac of autumnal songs burnished with a melancholy mood, wistful vocals, delicate hand-spun guitar playing, weather-worn and windswept by plaintive string and recorder arrangements.

If you're a fan of Drake, Pentangle, Magna Carta or any of that wonderful early folk/psyche-folk, give this one a go!

checking this out good sir

nice to see yaz on last.fm too