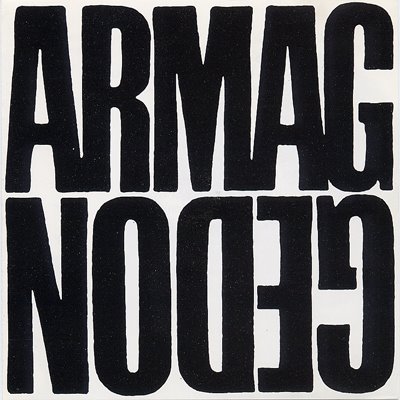 First things first, the spelling is correct. Do not get these guys mixed up with the similarly named 'Armageddon' band who came later on in the decade, which by the way is another excellent record featuring members of Captain Beyond, The Yardbirds and Colosseum. Back on topic of these Germans though.

Why didn't this group record more than just one album? Their self-titled album is a heavy progressive masterpiece with excellent, Hendrix-influenced guitar work and vocals by Frank Diez. Armageddon was the start of his long and impressive career. Their album had six tracks, and two of them were cover versions. Most impressive was the 10 minute version of Jeff Beck Group's "Rice Pudding". This track had some of the greatest heavy guitar riffing to appear on a German record.

Armaggedon's album has rocketed in price during recent years, due to the ever increasing interest. However, demand for the group was poor way back in 1970, and they soon broke up. Diez never played material with a similar energy again, his next step was to join the 'slightly-above-average' jazz-rockers Emergency.

With these six tunes, Armaggedon can cement themselves into your mind. The band as a whole is a unique voice that can raise eyebrows with ease, but has gone almost entirely unnoticed in the hard rock realm…unfortunately.

yes, a great band that has had little recognition- Rice pudding is a great jam-thanks!