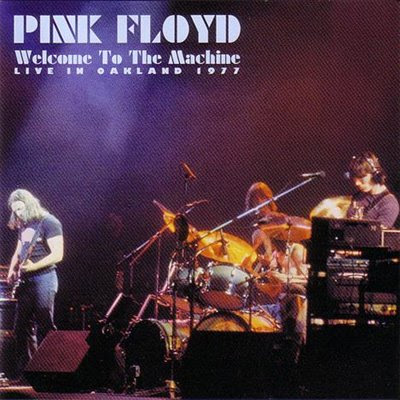 So here is another one of my favourite Floyd boots/ROiOs. For ages i searched for a show that had a decent variety of tracks from both 'Wish You Were Here' and 'Animals'. Stumbled apon this beauty, which has both of those albums in their entireties, as well as 'Money', 'Us and Them' and 'Careful With That Axe, Eugene'. The quality is probably as good as you will find for any of the shows during the WYWH and Animals tours. It is not perfect however, the start is a little bit dodgy and might scare off a few but it does improve. There are also a few distracting bumps in Track 9 (Wish You Were Here) but other than those this is a very listenable and enjoyable bootleg.

For ROiO collectors note that this is in .mp3, how dissapointed you must be. The band was really rocking on this particular night. Dave in particular, seemed absolutely on fire pummeling out those solo's throughout the 'Animals' tracks. You can hear Dave and Roger fucking up at the start of 'Have a Cigar' and both share a laugh.

To thank the well-behaved crowd the band reward the audience with the extra encore "Careful With That Axe Eugene", the only time the song was played during the tour and the final time ever by the full band. It's a short version and the scream isn't as blood curdling as in the past. It is however very nice to hear the mature band pulls out this early classic.

Thank you very much!!!