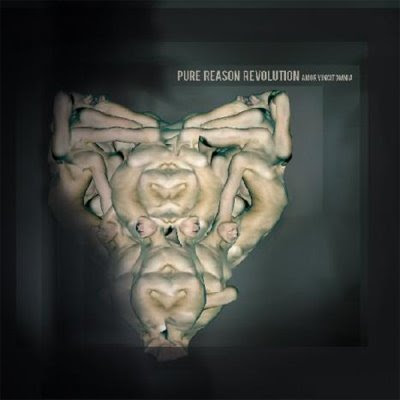 This one has been one of my most anticipated releases of the year. I've already expressed how much i enjoy this band in the past, and was very interested to see how they would follow up after their amazing debut. After a fair few listens i am a little dissapointed. It seems they have dimmed down the spacey Floyd influence and upped the modern day IDM glitchy disco sound. I'm not sure whether or not this direction was taken for more mainstream media attention, but i would of much rathered to see them build and expand apon that modern day prog-rock approach they had going.

All is not lost though. What is gone in delicious spacey interludes is made up with a tight flowing piece that ultimate packs a harder, and quicker punch. The multi-vocal harmonies are still as pleasant as ever. We previously got a glimpse at a few of the tracks on the live Nearfest recording, it's interesting to hear how they have been slightly tinkered with since then.

It will be interesting to see where PRR go next in the future. All in all a decent record, but truth be told i was hoping for something else.

Wow! Thanks for the opportunity of listening this album. Like you, was a desapointment. Those electonic beats are not my favourite ones. By the way, they don't know how to sing live.

I'm listening to it right now! I, too, was blown away by their debut but I knew they were trying something different for their sophomore album so I'm keeping an open mind.

Even if you don't like the more electronica influences, you have to admit they are still unique enough to not have another band to compare them to.

@Esquadrão SS - you obviously didn't see them live or know nothing about music equipment. I had a chance to watch them live recently and they were nothing short of brilliant.

If there was anything restricting their full potential it was certainly not their voices but rather the equipment they had at their disposal or the room they were in.

I loved the "Dark Third" which is what they have generally performed live for the last 3 years, but this is absolutely horrendous, tuneless and pointless, full of sampled noise and tedious repetition, which has NO chance at all of being played live...unless it's by a dj.
Apalling, simply apalling