The God Machine - Scenes From The Second Storey [1993] 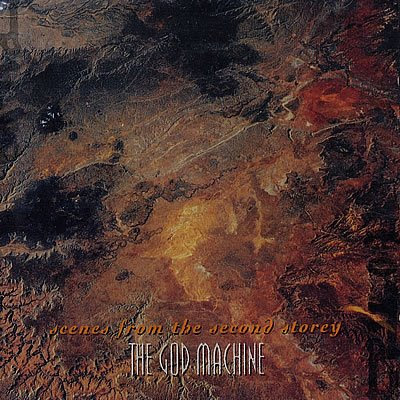 This has been one of my favourite recent discoveries as of late. The God Machine, despite all it's Californian members, formed in England and were active for a short period of time in the early 90s. They released two albums in their career, both with their trademark dark and industrial-sounding alternative rock before Bassist Jimmy Fernandez suddenly died from a cancerous brain tumour. The remaining members then decided to split up and work on various other projects, which were never quite as good.

The debut is about as heavy and dark as AIC, but for one reason or another it winds up reminding me more of Jane's Addiction. The vocalist doesn't quite sing as high pitched as Perry Farrell, but give this a spin and you will see some similarities in various spots. This is an excellent mix of great metal riffs, lovely acoustic tracks and some crazy psych moments. Highly recommended for fans of the mentioned above bands.

I saw the God Machine play live at Glastonbury Festival sometime back (92 ?), they were great live. I've managed to track down their albums and ep. Very hard to find! -Mad Andy

Dig Me Out Podcast said...

Check out a podcast review of Scenes from the Second Storey by The God Machine on the Dig Me Out Podcast at www.digmeoutpodcast.com, a weekly podcast dedicated to reviewing lost and forgotten rock of the 90s.