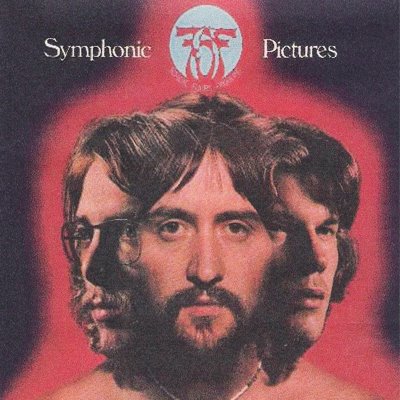 I know what you're thinking and the answer is no, Al Pacino was not in this band. Stunning resemblance though isn't it? This album is very influential to say the least. If you've heard Anglagard's music, then listen to this record and i'm sure you will agree that SFF had to be a big influence on their sound. Frank Zappa himself was so enthusiastic about this bands sound that he was willing to produce their first album, but ultimately had to drop out to record his own album that was to be recorded at the same time.

Two members of this trio, Schicke and Fröhling, came right out from the ranks of Spektakel, joining forces in order to pursue a more focused kind of music, with one foot in the British symphonic melodic trend and the other in the cosmic realms of krautrock in a most stylish fashion. Once they casually met a young classically trained keyboardist named Gerhard Fürhs, the band was completed right after a common artistic goal had been properly agreed.

great band indeed, I have the original LP and always liked to listen to it. :-) I never made the link to (young) Al Pacino, but now you mentioned it ... and I never heard that story about FZ almost producing it??! tnx 4 the info

thank you for sharing. like the album i have heard sans schicke and look forward to this one.

Awesome seeing this here as I think so many more people NEED to immerse themselves in this release. It's depth is immense and not much out there was like it in its day. I am not surprised Zappa went gaga over it.