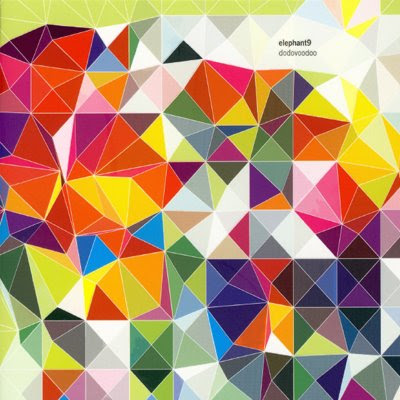 This is what i'm talking about! One of my many favourites from 2008 right here. This might be the Norwegian trio's debut disc, but we already know keyboardist Ståle Storløkken from his many years with Supersilent, and drummer Torstein Lofthus will be familiar to many as a member of Shining, those fellow purveyors of Gothic thrash-prog. It's only bassist Nikolai Haengsle who is unfamiliar outside Norway.


Subtlety is employed only occasionally, as the trio hurtles straight into the maelstrom that is the album's title cut. It's Emerson, Lake & Palmer territory, perhaps. The riffing is single-minded, but the structure is jerkily funky, or maybe funkily jerky. Recording live in the studio, Elephant9 careen along with spiny edges, knocking down any obstacles. Some numbers might begin sensitively, but their ultimate destiny lies in a thundering brawl. The only exception is Hymne, which remains in a creepy state.

I imagine their full damage is probably done during a live show, in front of a very worried audience. If you're up for a deranged session of acid prog headbanging, grab a hold of this!

You are dead-on correct, this is FANTASTIC! Some of the best playing in ages. Serious energy and perfect vintage keys. Can't thank you enough!