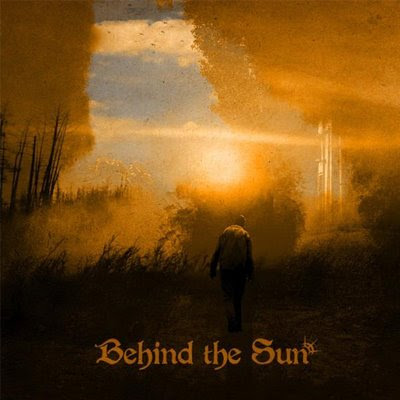 First of all.. it's an interesting story, an unusual path of discovery for me. You see in the middle of all this blogger copyright nonsense it's nice to see some bands are still willing to turn to blogger to advertise their craft. If you regularly visit my blog you may recognize a few comments by a poster named Aaron Lieber, who i'm told has been a regular visitor here for years now. One afternoon a few months back Aaron sent me a link to his bands myspace page and i really dug a few of their tracks. Their sound really took me back to the Alternative 90s. I heard spices of AIC and Pearl Jam mostly, but the more i listened i started hearing some amazing guitar work in the style of Opeth's Mikael Åkerfeldt. Hell, Kyuss even come to mind in parts on the track "Running Water".

Don't get it twisted though, these Israelis have a sound that is still very much their own. The music and lyrics speak of their personal trials and tribulations living in their own heavenly but harsh land, says their myspace. It's heavy, electric, tube driven riffing, blended with progressive styles and sensibilities and their own skeptical, cynical, but in the end positive philosophy as written word and amplified sound.

Granted i looked through every blog i could for a download link, ultimately i found nothing. Since Aaron had been a regular visitor, and generally a nice enough dude to discuss music with, i decided to buy his band's album through Amazon. I gotta say i'm very happy i did so. The album kicks ass, and the entire situation has been very rewarding.

It's with Aaron Lieber's permission of course, i give to you the first half (6 songs) of the band's debut album. To be honest i actually enjoy the second half of the album, particularly the beatiful instrumental piece "October '77". Just another reason for you to purchase this scorcher! If you are into some of the bands i mentioned.. do Aaron and Behind the Sun the ultimate favour by picking this one up from Amazon, and even turning it onto a friend you know who might enjoy it.

Consider me a fan, can't wait to see what these guys do next!

sound great, looking forward to listening at leisure. thanks - steve

http://www.reverbnation.com/playlist7?artist_id=90870
download a free mp3 here from Behind the Sun