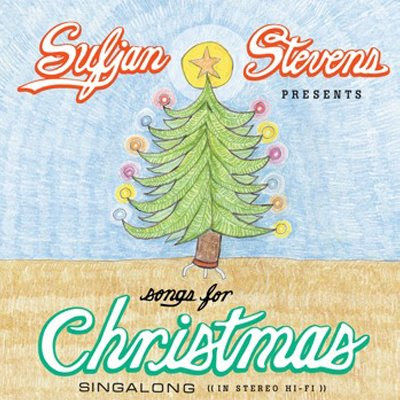 If you're like me you never really enjoy the typical christmas tunes. Sure, they are fun little tracks that are most appropriate throughout the closing December weeks, but never really see the light of day throughout the rest of the following year.. why should they? Sufjan Stevens is a great folk singer/songwriter i have admired for a while now and what he has released here is a collection of xmas covers (as well as his own original input) that can do no wrong this time of year.

The tracks here were compiled as various EPs over the years and given as gifts to friends and family of Stevens. Most of the tracks are versions of traditional Christmas songs, with a number of original compositions such as "Sister Winter" and "Star of Wonder" included. Sufjan Stevens has developed a reputation for being a devoted Christian and many of the songs he chose for inclusion on Songs for Christmas are religious in nature, including his original compositions.

This is a great record that is just really nice to listen to this time of year, and maybe even beyond. A welcomed change from the typical campy stuff. Merry Christmas bloggers!