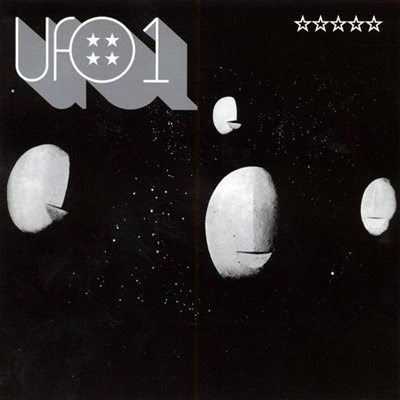 When people think of these British rock superstars they tend to forget the incredibly underrated original lineup, and focus on the Schenker years. Rather than the straight-up hard rock that would bring the band fame later on, this early face of the band had a really cool psychedelic, heavy blues rock sound. Phil Mogg has one of the best rock voices ever in my opinion, and Bolton was no slouch on the axe.

UFO's first two albums are easily two of my favourite hard rock albums of all time, with the second record ("Flying") even unleashing the full on lunacy of all things space rock! If only we got a few more records from this lineup.

I couldn't agree with you more. The first 2 were the best. More bluesy, less commercial. Great post bud.