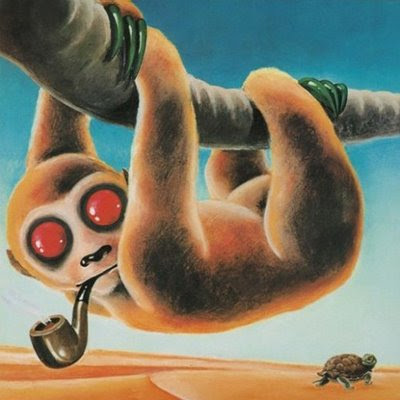 I'm going away for a few nights so i thought i'd leave you with this brilliant, semi-obscure, Japanese prog gem. The dudes were only 20 years old apon recording this and while they would go on to be huge in Japan, they never really seen the light of day elsewhere. Although they had developed their own fantastic sound, you can definitely notice the influence from some of the bigger British bands at the time. It's hard to name similarities but i would probably throw Camel, Nektar and maybe even a little Floyd into the mix. There is also some fantastic hard rock moments ala Captain Beyond, which really sound great.

Highly recommended if you can deal with the Japanese vocals, amazing stuff this!

Yes, amazing stuff. It´s possible to realize that they are young and that is the first album: the songs are very good, emotional, but a bit non-personal, the mix of influences are too evident. But, great progmusic.