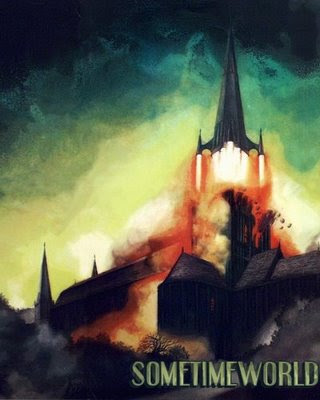 First of all, i hope all my readers had a fantastic christmas & new year break. 2009.. damn, it's like 1999 but.. ten years later. Oh boy how time flies. Unlike a lot of other people, i actually thought 2008 was a damn fine year in music. It introduced me to a handful of great new groups and artists including Fleet Foxes, Black Mountain, Crystal Antlers, Bon Iver & Ancestors, just to name a few. Below you will find a list of my favourite albums (in no particular order) from the year that was, i might even get around to uploading some of them soon.

Bring on 2009! I can't wait to hear the new Black Bonzo, and i'm also very curious to see what the new Alice in Chains record will be like with that butt pipe Duvall taking over lead vocals. Jerry is the man, and i trust he won't sell us short!
Posted by Marcus at 2:29 PM