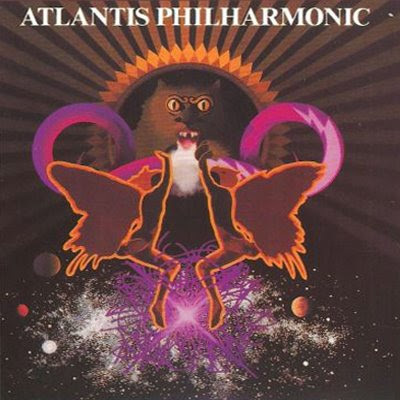 This USA duo was formed in Cleveland during the early mid 70’s by Royce Gibson on drums and the multi instrumentalist Joe DiFazio on everything else.Their style is mostly the blending of Symphonic influences like Camel, ELP etc. with some fusion and a bit of hard rocky Moody Blues in moments. Their first and only LP is the 1974 self titled album released by the label “Deutsche Harmonia Mundi”.

The eclectic sound of this album has very characteristic features like the excellent vocals close to a blend of Psyche and Pop plus a hard edged guitar that reminds of Early ELP or The Nice. In tracks like "Friends" we can hear some heavy rock influence similar to Uriah Heep or Deep Purple, and "Atlantis" sounding more like the stuff Atomic Rooster was putting out. There is also some atmospheric touches like in the incredible "Woodsman" that also blends some Jazzy leanings.

This super rare, eclectic album with a clear classical orientation (As their name clearly suggests) is considered one of the earliest examples of USA Progressive rock. You won't be dissapointed.

thank you very much

Years ago,(1972 or1973) I saw 3 musicians billed as atlantis philharmonic from pittsburgh, play at a. Cleveland heights bar called the oar house. They were fantastic! One tune stands out after all this time, broken glass, from (they said) an up coming album. Definately elp/pink floyd/nice/uriah heep/king crimson influences, I loved it! Now im gonna try to see if it ever got released... I believe they said it would be their forthcoming 3rd album.