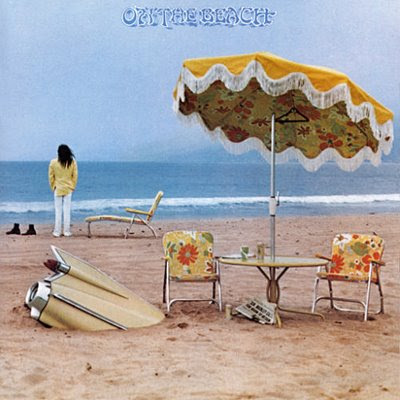 Released in 1974, 'On The Beach' found Young at his most vituperative. His guitarist Danny Whitten and roadie Bruce Berry had overdosed on heroin, his marriage had disintegrated and his son had been diagnosed with cerebral palsy. Most pointedly, there was a black disillusion with the hippy idealism and rewards of superstardom which had sustained him previously.

It's a nasty piece of work. "Good times are coming, but they're sure coming slow," he growls on 'Vampire Blues', one of a clutch of stunted 12-bars where Young's defeatist mood is matched by the torpid, sloppy brilliance of his playing. On the mighty 'Revolution Blues' he assumes the role of a Manson figure, slaying his fellow stars in their canyons. It's the one time on the record he sounds remotely happy.

Initially fans and critics were shocked with this release, as this was the long-awaited studio follow-up to the commercially and critically successful Harvest. Over time it has become one of his most respected works, and with good reason. The bleakness and crude production make for an amazing listening, one of my favourites!

a big thank you for this !
lilac

Thanks a lot for this jewel and I´d like to say heil for your superb blog! Hugs from Brazil.