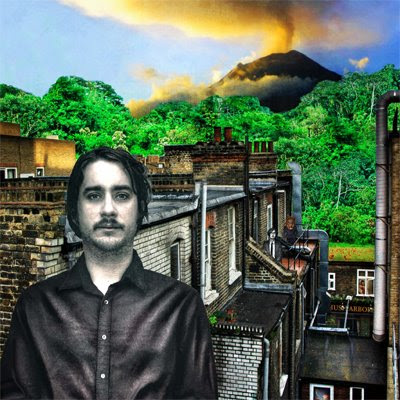 One of the shitty things about doing a best of year list is that you will always discover other fantastic stuff from that year in the following years, such is this. Seeing as groups such as Fleet Foxes, Bon Iver, and Yeasayer helped shape the sound of summertime with their popular psych-washed acoustic folk, it's unsurprising that similar sounding acts have begun to show up in the spaces between.

Hush Arbors, a duo consisting of songwriter Keith Wood (contributor to records by Current 93 and Six Organs Of Admittance, along with many others) and his long-time collaborator Leon Dufficy, have actually been performing a lot longer than any of those acts-- almost a decade, in fact. So it's an ironic yet familiar tale that this recent wave of new music might help bring them belated attention. For those who haven't yet heard the band's delicate, experimental free-folk compositions, Hush Arbors is a great place to start and adroitly encompasses all of the Virginia based duo's most engaging qualities.

Water, mountains, light, and mysterious women give weight to every track, brought to life by the ethereal, unpredictable cascade of sounds that take their place among them. This is a great psych-folk release and when i can be bothered to redo my list, these guys will be there somewhere.

giving this a listen mang