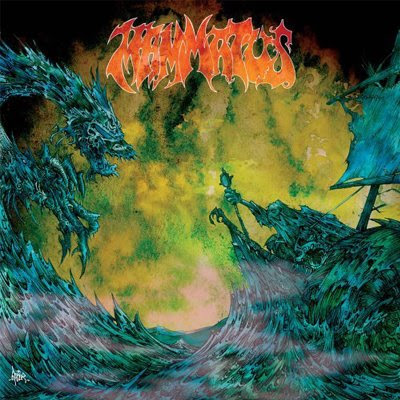 Taking their name from one of the coolest looking cloud forms on planet Earth, this four-piece Santa Cruz band cites Sabbath and Hawkwind as their biggest influences, like most bands of the Stoner Rock genre. They were formed in early 2005 and started playing in pubs and living rooms. They then recorded their debut in their own garage with no money and little resources. Their sound caught the attention of several record companies and released their self titled debut in 2006.

With an album out people around the world got a taste of what Mammatus has to deliver. Heavy guitar riffs, improvisations, psychedelic passages, forest, dragons ie. Check this stuff out, if you can handle it.

Very nice thank you.
Cheack out their 2nd the coast explodes.

look at my avatar - i,ve got to try this.
thanks
steve.

Awesome sludge. Right up my alley with this amazing record! SO DAMN GOOD. Thanks, you rule.