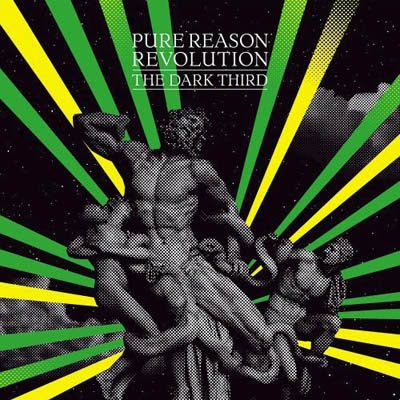 Pure Reason Revolution is probably one of the most interesting prog related bands of today. On one hand they are a modern day rock band with lovely vocal harmonies, on the flip side they smack you in the face with their mesmerizing brand of Floyd-style space rock! Take The Beach Boys poppish tunes for example, and mix it all up with some heavy guitar riffs, complex song structures and otherworldly concepts. The result is a beautifully flowing record produced by Paul Northfield, who also worked with Rush, Porcupine Tree & Gentle Giant.

It seems there has been a different tracklist for every country this was released in. The version i am posting is the Euro release, which is actually the entire US release as well as 5 bonus tracks. Two years after the release of "The Dark Third", PRR offers a livesession recorded at the NEARfest festival in 2007. The sound quality is absolutely amazing. They play majority of their material from "The Dark Third" as well as a few new tracks. These sound somewhat heavier and even a little more electronic, perhaps this is an early example of what their future work will sound like?

The melodic and atmospheric passages somehow find their way between the sonic guitar explosions, sounding like something Steven Wilson would be happy to call his own. Their highly anticipated sophomore album is expected to drop sometime in March this year. Keep your eyes out for that one!

Sorry to say that the links are not behaving them selves :O(
Please mend the links, thanks.

My apologies, but it seems Sharebee as a whole is down. The main page cannot be accessed, and at the moment every single one of my links is not working.

I really, really hope they fix this quickly... i would hate to have to reupdate all the links..

Seems to be working now...
I have The Dark Third on CD as well as the Cautionary Tales For The Brave mini-album CD and the Intention Craft CD single. I don't usually think much of new prog, but I love this band! Look forward to hearing this live set - many thanks!
Newelectricmuse

That was quick.
Thanks for your early response.
All is well now.
Thank you :O)

Thank you for another excellant album

i was very impressed with this band - thanks for the intro