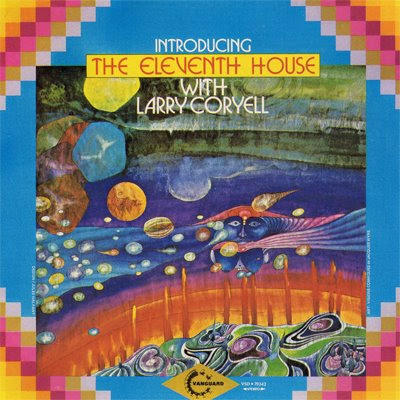 Larry Coryell stands on equal footing with John McLaughlin as one of the premier jazz fusion guitarists and this probably represents his finest achievement. Many people consider his earlier work with McLaughlin, 'Spaces' as writing the textbook for fusion style guitarwork, but to me, this is his greatest overall musical achievement. Comparisons to the original Mahavishnu Orchestra may seem to be inevitable considering the power and attack of the band's performance, but stylistically, the band plays much closer to the fusion/funk style of Herbie Hancock's Headhunters.

Their is not as much of an eastern influence as the Mahavishnu Orchestra and there seems to be a wider variety of tempo and stylistic diversity on this recording. The synthesizer runs and Randy Brecker's trumpet keep pace rather well with Coryell's intensity and the compositional framework is elaborate and melodically sophisticated. But the highlight, of course, is the blitzkrieg of notes being pummelled out of Coryell's guitar mostly trading with synthesizer and trumpet, intermingled with more mid tempo improvisations; but the dynamics and interaction feature not just beautifully intricate work, but ingenious melodic and harmonic scales befitting musicians of the highest technical accomplishment.

This is probably one of the most technically perfect fusion recordings out there; a joyous and awesome performance!

Which particular guitar was he using on this recording?